WELCOME TO BENZIE COUNTY CENTRAL SCHOOLS FEATURED FRIDAY ALUMNI. Today, we would like to recognize, from the class of 1986, Michele Siderman.
Congratulations to MIchele, on all of her accomplishments. WE ARE #OneBENZIE proud.

Michele graduated from Benzie Central High School in 1986. As a student at Benzie Central, she participated in basketball, softball, track, National Honor Society, choir & Key Club. Upon graduation, she attended Grand Valley State University where she earned a Bachelor Degree in Social Work in 1990 and was also a scholarship member of the GVSU Women’s Basketball Team. In June of 1990, Michele moved to Yuma, Arizona to pursue a position in social work. Quickly, she realized that her calling was education, which ran in her family, and she took a teaching position at Woodard Junior High School, teaching 7th and 8th grade Math and Science. During this time, Michele also coached girls and boys basketball, as well as, girls’ softball. While at Woodard Junior High School, Michele earned her teaching certificate from Prescott College in the area of Social Studies. In 1993, Michele accepted a teaching and coaching position at Yuma High School, a 9-12 high school with approximately 4,500 students. She spent the next 6 years as a “Criminal” (Yuma High School’s Mascot), where she taught a variety of Social Studies Classes and also coached Varsity Girls Basketball and was an Assistant Varsity Girls Softball Coach. While at Yuma High School, Michele earned her first Masters degree in Education, with an emphasis in Human Relations Counseling from Northern Arizona University. In addition, she added another 30 master credits in Educational Leadership.
In 1998, Michele moved back to Michigan, where she was hired as Assistant Principal and Athletic Director at Elk Rapids High School. Although she enjoyed her time there, she missed the culture of a large high school, so in 2001 she accepted the Assistant Principal position at East Kentwood High School, in their 10-12 building, with a student population of approximately 2,100 students. She spent 4 years in that position and then moved to the Principal position at East Kentwood Freshman Campus where she still works. East Kentwood Freshman Campus is a 9th grade only building with a student population of approximately 800 students each year. During her time as principal, Michele earned a second Masters of Education degree in Educational Leadership in 2010 from Northern Arizona University and then completed her Ph.D. in K-12 Leadership in December of 2013 from Western Michigan University. Her research focused on the topic of Cyberbullying.
Michele will be retiring from K-12 education at the end of the 2018 school year with 30 years of service. In retirement, Michele will be working at Ferris State University as a Field Representative for their Charter Schools Office. Michele is currently working in this position part-time and hopes to increase her retirement endeavors with Ferris in the future. 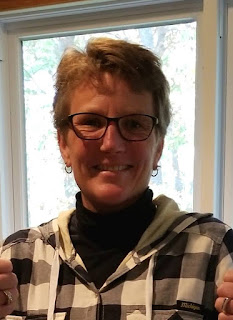