WELCOME TO BENZIE COUNTY CENTRAL SCHOOLS FEATURED FRIDAY ALUMNI. Today, we would like to recognize class of 1994 Alumni, Adam Herringa.

Adam grew up in the village of Lake Ann and spent countless hours roaming the outdoors around his home and many summers as a teenager hauling canoes at Riverside Canoe Livery. As a student at Benzie Central Adam, participated in numerous activities such as Cross Country, Track and Field, Student Council, National Honor Society, Theater, Band and one ill-advised year of Freshman Football. Following his graduation in 1994, Adam attended James Madison College at Michigan State University where, having always been interested in government, he studied political theory and became active in student government, led a student ambassador program, was a member of the MSU Athletic Council alongside professors and coaches, and received the Outstanding Senior Award. While at MSU, Adam met his future wife, Rebecca Clore.

Not ready to give up on formal education, Adam pursued a Master’s Degree in Public Administration at American University in Washington, DC. He and his future wife moved to Washington, DC, in 1998 and found a place to live right on Capitol Hill.

Following graduation, Adam was selected to be part of the first ever “Capital City Fellows” program which is a program developed by the City of Washington, DC, to expose young professionals to a variety of disciplines involved in operating a City as large and complex as the nation’s capital. During the fellowship, Adam worked for the Office of the City Administrator, Office of the Chief Technology Officer, Department of Transportation and, eventually, accepted a job offer from the Department of Public Works to serve as the department’s analyst.

Living and working in Washington, DC, was a tremendous experience but as time went on, both Adam and his wife began hearing the call to move back to Michigan. In 2004, Rebecca moved back to Michigan and Adam, despite not having a job, shortly followed. Fortunately, unemployment did not last long and Adam was hired as the Assistant to the City Manager for the City of Portage, MI. Adam served in this role for a short time before being promoted to Deputy City Clerk and then to City Clerk, the position he currently holds. Although technically the City Clerk, Adam fills a variety of roles for the City of Portage such as serving as a mentor to youth in the community, leading customer service enhancement efforts, assisting in employee wellness programs and staffing the emergency operations center.

While he enjoys his profession, Adam values balancing family, fun, service and work. A belief that life should not be lived nor valued based on job alone, Adam volunteers in his community and is currently the Chairperson of the Kalamazoo County Substance Abuse Task Force, has been active in his church and, most recently, became a certified Master Gardener and volunteers at a local community garden. Health and wellness is also important, at least that’s what he tells himself when the alarm goes off way too early in the morning and he heads out to Crossfit AZO! Time for himself matters as well. Going on an annual guys-only backpacking adventure, playing rec league softball or simply having lunch with friends has helped Adam to recharge and maintain the balance he seeks.

Most important to Adam, is being a husband and father. Teaching, mentoring, guiding and caring for his two daughters, Madeline (age 11) and Lillian (age 8) has brought Adam much joy and, yes, the best kind of challenges! Whether coaching girls’ softball, taking the family to visit his mom in Lake Ann, playing with princesses, preparing a meal, looking at the stars or going on a hike, he strives to enjoy all of these moments with his wife and daughters.

Adam believes that Benzie Central is truly a special place and community. The fabric of the community is strong, teachers are passionate about what they do, and no matter how far you may wander you are always welcome back.

Adam, we could not be more #OneBENZIE proud. Thank you for sharing your journey thus far and continued success and happiness for you and your family. You guessed it, you know how Mrs. Crossman feels, like, love and share! 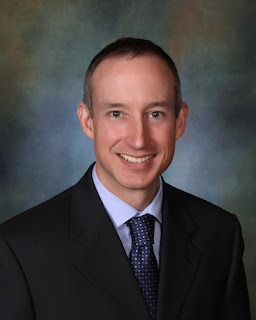