WELCOME TO BENZIE COUNTY CENTRAL SCHOOLS FEATURED FRIDAY ALUMNI.  Today, we would like to recognize Class of 1983 alumni, Debbie (Plont) Garden.
Debbie grew up in Beulah, attended Crystal Lake and Platte River elementary schools and graduated from Benzie Central in 1983.  Miss Forbes and Mrs. Keillor were her favorite grade school teachers, and Debbie’s love for health and biology started in Mr. Gehring’s classes in high school.  Student Council, Key Club and cheerleading taught her the value of leadership, school and community involvement, and how to work as part of a team.  So many favorite Benzie memories are from her cheerleading days!  A lifelong friendship began then and it’s not uncommon for an occasional cheer to break out in her kitchen today.  Shoot the hoop, drop it through the loop . . .
Debbie’s dad, Bruce Plont, taught math at the high school and her mom, Carole, was the attendance secretary.  In addition to working at the school, her parents attended sporting events, chaperoned dances, and coordinated homecoming festivities.  They were everywhere and so, to Debbie, school often felt like ‘home’.  She enjoyed it.  Her summer jobs included babysitting, working in the bakery at Farmer John’s, waitressing at the Courthouse Café and, her favorite, working at Beulah Drug.
After high school graduation, Debbie attended Central Michigan University.  Human behavior and health classes were her favorites which ultimately lead to a major in Health Fitness Promotion with a psychology minor.  She graduated from Central Michigan University in 1987 and moved to Grand Rapids to complete an internship with Steelcase.  The YWCA offered Debbie her first job in downtown Grand Rapids.  While there, she worked primarily with women in the workforce and retirees.  She still remembers the wonderful senior ladies that attended the water aerobics class.  They came with stories about their lives and it was the first time she heard people talk about their memories of having spent time in Northern Michigan.  It was comforting to Debbie to hear how other people felt about where she grew up.  It was also a little surprising to her that so many knew about Benzie County.
A move to the metro Detroit area brought an opportunity to work with the employees of Chrysler Corporation as part of their employee wellness program and it’s where Debbie’s continued her career for the past 24 years.  She’s worked in a variety of settings from office to assembly line.  If someone had told her in high school that she would work in a manufacturing plant or two (or five) where people are building cars and trucks around the clock, and that she would really like it, she wouldn’t have believed them.  What an experience!  The diversity of personalities, backgrounds and life philosophies have kept her work and conversations interesting.  Education and coaching have been a big part of her role but she’s learned a great deal from the participants as well, the biggest lesson being that we’re truly all so similar despite our upbringing or life experiences.  Chrysler, now Fiat Chrysler Automobiles, has seen its share of change over the years but the wellness program has remained a core benefit for employees and has earned numerous awards.  Today, Debbie trains new coaches and manages staff working in Michigan, Indiana, Ohio and Illinois facilities. Helping people create change in their lives is challenging.  Helping people determine what’s important to them and what they value is the rewarding part and what makes change feel possible.
While working at Chrysler, Debbie met her husband, James.  He too had stories from northern Michigan.  He’d spent summers camping at Platte River and had attended Northwestern Michigan College before going to Michigan State.  Benzie County was popping up again.  The two married in 2002 in her parent’s backyard in Honor. Debbie gained three stepchildren and a whole new world of challenges and fun.  Go Team!  All three kids are now in their 20’s and in the full swing of their careers.  She is also a grandma to two-year-old Lily Jane. She is definitely a priority and a highlight these days.  Spending time together is important to Debbie’s family.  They plan trips north and spend a week or two camping at Platte and enjoying ‘home’.
Faith plays a big role in Debbie’s life as well.  She and James have been involved in various church ministries from budget counseling to helping couples in marriage distress.  This volunteer work prompted them both to return to school in 2007 to pursue their master’s degrees in counseling at Oakland University.  It was pretty cool for them to share this experience as a couple.  They completed their school work and internships and now have a counseling practice in Rochester, MI.  They counsel couples together which brings a unique perspective for their clients. They also mentor pre-marriage couples through their church and occasionally speak to groups about what they call the Five Foundations: Faith, Fitness, Food, Family and Finances.  They enjoy traveling, cooking, entertaining, hiking, biking, Spartan football, and hanging with family and friends.
Debbie’s been surrounded by good people; people who’ve taught her a great deal about life.  “There are lessons everywhere if we’re open to seeing them. Embrace change.  Find the fun.  Share your stories.  You never know whose life they may impact – or how other people’s stories may impact yours or even include Benzie County.  BC, BC, BCHS!  We are, we are, we are the best!”
Debbie, we are without a doubt #OneBENZIE proud of all of your accomplishments and the difference you are making in the lives of many.  Remarkable that you have carried “home” with you as it continues to help you pave your way.  You guessed it, Mrs. Crossman boasts to like, love and share. 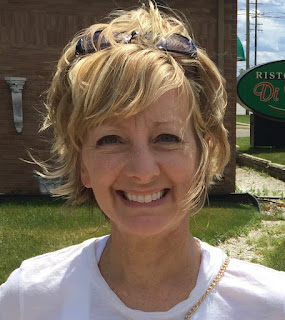 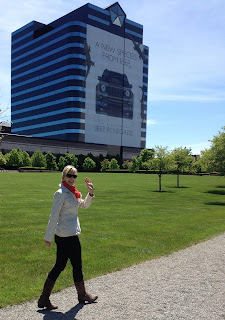