Sally graduated from Benzie Central High School in 2002. While attending Benzie Central, she was an honor roll student who also participated in girls’ basketball, girls’ volleyball, and was a statistician for girls’ softball. She attended the Career Tech Center for Horticulture her Senior year, while juggling being a brand-new parent of a wonderful baby named, Korin Isabelle, and working simultaneously.


After graduation, she decided to pursue her Associates degree in Arts and Science through Northwestern Michigan College in Traverse City. She continued to attended college while having my second daughter, Kayla Dawn and received her Associates in Applied Science degree (AAS) in 2008.


Eventually, she decided it was time to work towards her bachelor’s Degree, so Sally applied and was accepted to Grand Valley State University through the University Center in Traverse City! Having never set foot on main campus, she attended part time and finally received her Bachelor of Science degree in Liberal Studies with an emphasis on Holistic and Sustainable Living in 2016.


Sally started to work towards her master’s Degree in Public Health with emphasis in Health Promotion, but later decided it wasn’t for her and decided to look for a career that tied in with her bachelor’s degree. Shortly after, she applied for the gym attendant position at the Strongheart Center through the Grand Traverse Band of Ottawa and Chippewa Indians. Being a tribal member and living in Benzie County her whole life, she was very excited to hear the tribe was putting in a fitness center in Benzie! She soon got the job and now Sally runs the new Benzie Fitness Center location on Hoadley Rd. in Benzonia.


Sally turned 35 this past May, and her oldest will be graduating high school next year and her youngest will be a Freshman! She married her husband Dean this past fall and together they have their own soap company called Space Cakes Soap Design. They are going on their second year, and Sally say’s that it is looking up.  They make all of their own silicone molds in many different designs and fill them with goats milk and shea butter melt and pour glycerin soap.  They also make cold process soap with olive and coconut oil, bath bombs, lip balm, lotions, salves, mustache wax and Native American Art Work. They can be found at the Frankfort Farmers Market every Saturday and eventually will be at the Interlochen Farmers Market.  Space Cakes Soap Design is on facebook and Instagram.  Check them out!


Congratulations to you, Sally!  We are #OneBENZIE proud of your determination to keep at it and continue doing more.  Our wish for you is continued happiness and success. 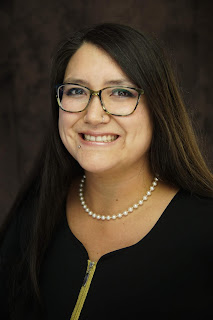